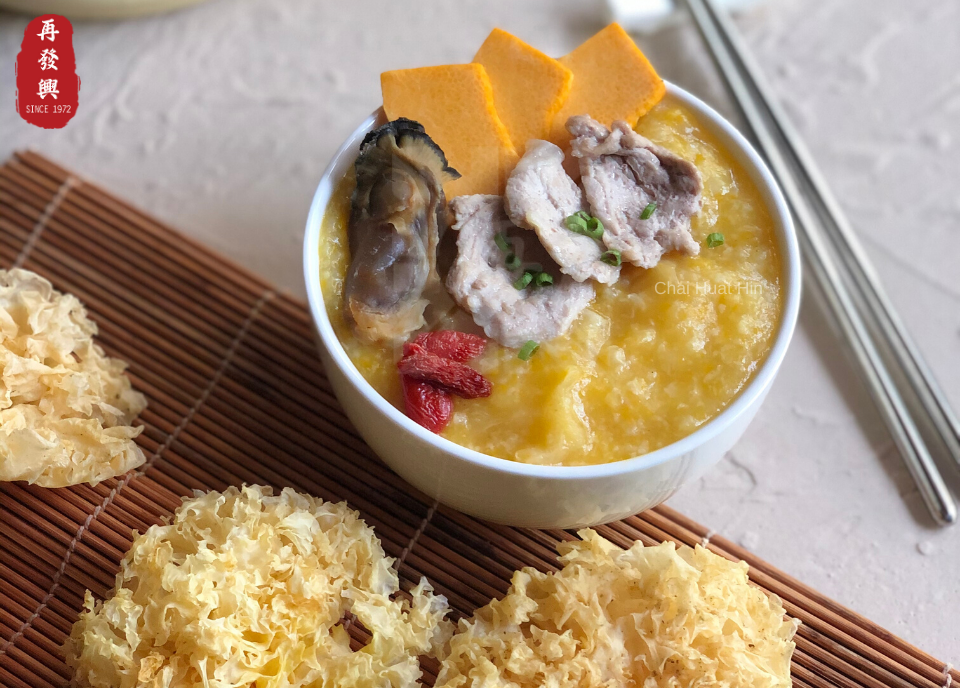 We've all probably had pumpkin porridge when we eat out but how many of us have actually tried making this at home? It's almost a norm in Korea where aesthetic doctors would encourage patients to have more pumpkin to help reduce swelling after a surgery / aesthetic procedure. It’s sweet, nutty, and velvety texture makes it a perfect comfort food!

All the ingredients used in this recipe, excluding poultry and vegetable, can be bought online at our website. We’ve also included a hyperlink for each product so you can immediately add them into your cart! 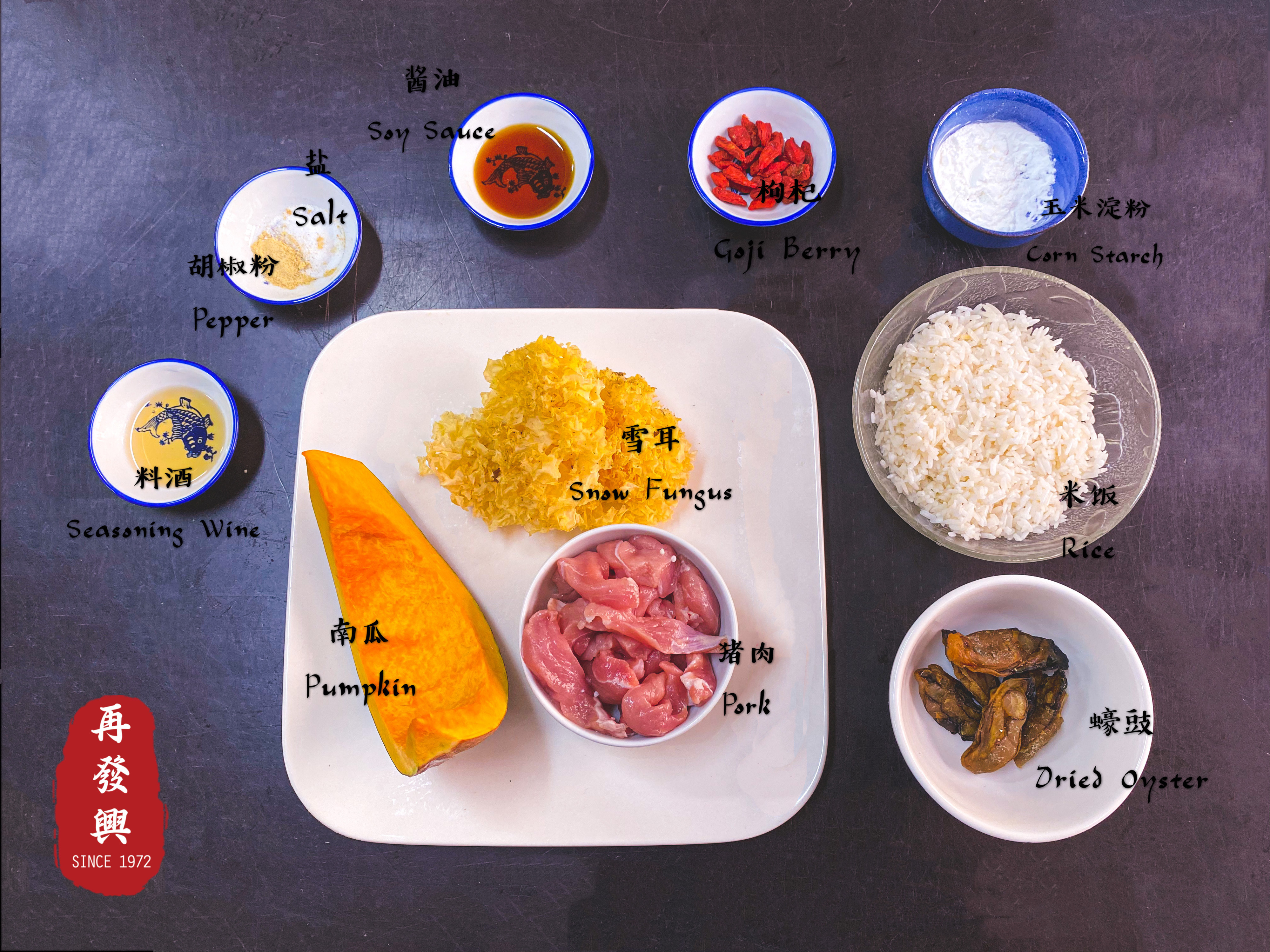 1) Preparing Rice: Rinse and wash the rice as usual. Place in 1 tsp of cooking oil and 1 tsp of salt, mix them thoroughly. Place them in the freezer.

2) Marinate Pork Meat: Slice up the pork meat according to your preference, and marinate it at least an hour before with seasoning wine, salt, pepper, and soy sauce.

3) Cooking the Porridge with a Pressure Cooker:

4) Cooking the Porridge with a Pot: